PUA/ PUP (Potentially Unwanted Application/ Potentially Unwanted Application Program) are programs that affect performance, programs that advertise and promote, apps that avoid security software, apps with bad reputation, bundled apps, etc. Malware is a clearer danger. Generic term for grayware that does not exist but has a risk of being exploited.

PC HelpSoft of apps are served with ads.

Kaspersky and Trend Micro were also detected as PUAs until around 2019, but there are only a few security software that react to the current PC Cleaner (ver 9.0) and Driver Updater (Ver 6.2) installers, and Windows Defender with PUA enabled. Even if you download and install using Edge, it does not respond.

VirusTotal Then. ESET-Dr.Web-Malwarebytes etc. are detected as PUAs/PUPs, but only 8% of security apps were judged as risky.Sophos-Kaspersky was installed, no PUA was detected. 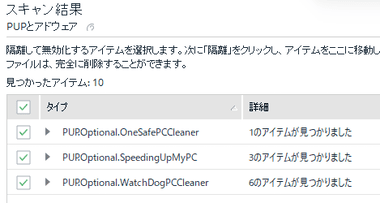 Adw cleaner will isolate PC Cleaner and then uninstall it on reboot.

Driver Updater is not isolated.

In Japan, in 2006, a joint venture company invested by Avanquest Software and Softbank Avanquest BB was established and initially sold overseas apps, but now the site is closed. 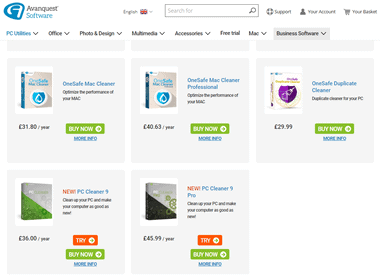 Implemented in Chrome 2018, December 12 release Ability to regulate unauthorized redirects Due to the detection of PUAs by security apps, rogueware targeting PC beginners has decreased dramatically, and PC HelpSoft products have reached a level where security software does not detect them as a threat.

The website you are browsing is prompted to install a disguised security app with a pop-up display that seems to be infected with a virus, and if you install the app, you will need to purchase a paid version to remove the fake virus, and personal information and credits Card information is stolen. 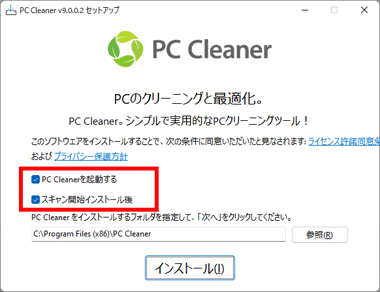 Autorun is enabled during installation, so if you install without disabling it, the scan will start automatically. 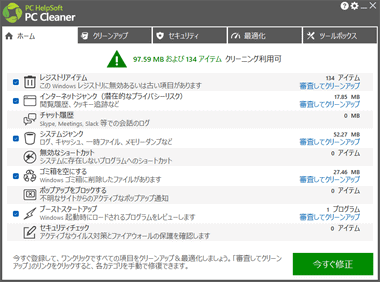 After scanning Examine and clean up Individual cleaning is possible with , but batch processing with "Fix Now" requires an upgrade to the paid version.

Driver Updater is a scan only and requires an upgrade to a paid version to perform updates. 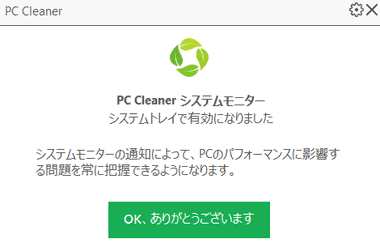 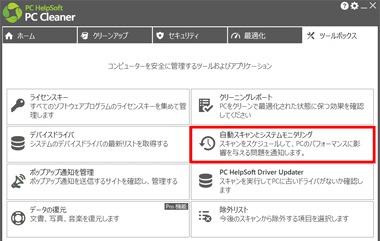 Monitoring can be disabled in the settings, but the settings screen is Configuration not the menu Toolbox Placement is unique. 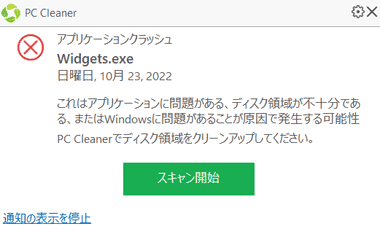 With automatic scanning and monitoring enabled, you'll be notified if anything goes wrong, and in some cases repairs may require you to upgrade to a paid version.

The user interface is confusing due to the mixture of functions that can be used for free and functions that require updates. provoke user anxiety It can be said that there is a problem that the contents may be displayed,Products that can be installed for free by restricting the functions of paid products have more or less a lead to upgrades, so it is difficult to conclude that they are riskware.

The current version of PC Cleaner and Driver Updater are normal apps, so Windows Apps and features You can uninstall from.

Apps and features If you uninstall with, the PC Cleaner folder and registry in the ProgramData folder will remain without being deleted, so if you are concerned Revo Uninstaller Uninstall with an uninstall support application such as

Turbo VPN-VPN apps at risk of use

Why IObit is criticized and the dangers of apps IObit is a Chinese software vendor that develops system utilities and security software, and while it is notorious, it is highly rated by IObit Uninstaller and others […].